It arose as a product of a natural mutation, although genetic studies revealed that it is a variant of the Sphynx breed. The big difference with the other species of hairless cats and that makes it unique is that it does not have hair follicles, so the Kohana cat is completely bald, with skin that is rubbery to the touch. 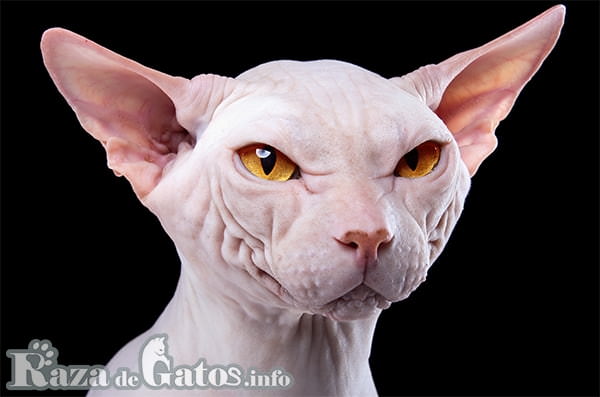 All About Kohana the Cat:

The Kohana is a cat native to Hawaii. That would have arisen as a product of a natural mutation in the year 2002. This mutation not only implies that he is bald, but also that he completely lacks hair follicles, which gives his skin a rubber-like texture. This is the main difference that the Kohana cat has with other hairless cats, which have altered hair follicle function.

As for its origin, it was believed that it had originated from a wild litter in Hawaii. There were also hypotheses that it was the result of a cross between the Donskoy cats and Sphinx. But in 2010, genetic studies carried out on his DNA revealed that he had the same hairless mutation as the Sphynx breed, which was not a new mutation, but a variation of an existing mutation. For this reason, feline entities do not consider it as a new breed. 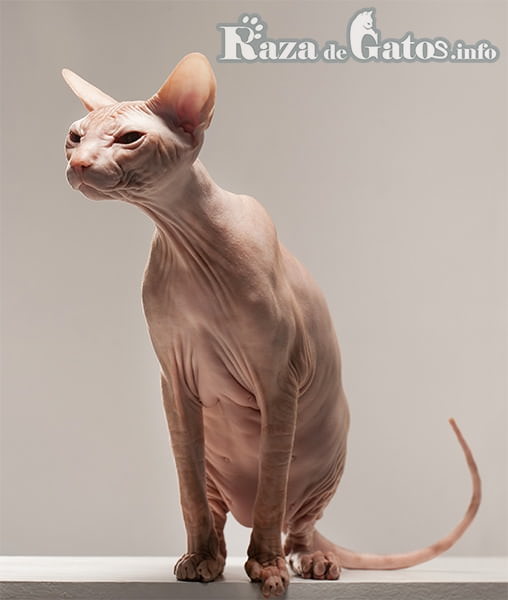 It is a small-sized cat, in addition to being bald, one of its distinctive characteristics is thousands of wrinkles all over its body, including its head.

The Kohana cat is energetic, playful, affectionate, intelligent and sociable. They are docile and peaceful animals. Very affectionate with their owners, they like to spend time with them and seek to be the center of attention. They tend to be quite lapsed... Especially the person with whom they have developed a more intense bond, whom they continually seek. Another feature of his personality is his curiosity, which leads him to inspect every corner of the house.

It is an ideal kitten for people who have time, since it requires attention, they tend to get annoyed if you don't pay attention to it or if you leave it alone for a long time. 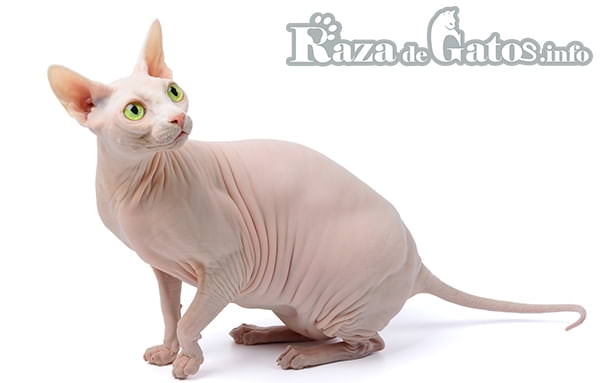 There are very few specimens in the world. In 2010 they were about to disappear due to health problems caused by inbreeding. On the other hand, like all bald cats They have very sensitive skin, which must be protected from the sun so that they do not suffer burns and from low temperatures so that they do not catch a cold. Not having eyelashes, you have to take care of your eyes, to avoid suffering from eye infections.

all bald cats They have a large appetite, this is because they burn more calories to maintain their body heat, so they need to constantly eat food. We suggest that you take care of the proportions that you provide in your cat's meals, to avoid health problems, such as suffering from obesity.

From a litter of four Kohana cat pups, one is born with the recessive gene.

To clean its delicate skin, we recommend that you sanitize it with a soft, damp cloth once a week, and a bath once a month.
Another important care is that of your gums, which you must clean frequently, to avoid diseases, when they contract excess bacterial plaque or other oral bacteria.

Finally, we must clean the eyes of our kittens using gauze with physiological saline. Since by not having tabs that act as a protective barrier from polluting particles, they are possible sources of conjunctivitis.

♦ Curiosities of the Kohana:

Although the Kohana cat is considered a variant of the Sphynx breed, it does have some differences: The Kohana is the only bald cat that is hairless and fluffless. Having no hair follicles, their skin is rubbery in texture. While the sphynx catIt has a kind of fuzz that you feel when you touch it. Another difference between the two kitties is the wrinkles, the Kohana has more wrinkles all over his face and body.