It is a large cat with developed muscles. He is calm, but playful. An excellent cat, both to live with the family, and with a person who lives alone. The original specimen of the British cat is short-haired, but after the Second World War, few cats remained and they were crossed with Persian cats, from this cross the British long-haired cat was born. 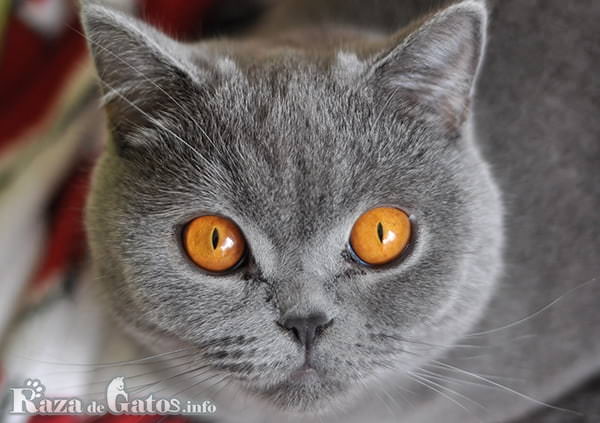 Everything about the breed of British cats:

It is one of the oldest breeds in Great Britain. Its origin is believed to come from domestic cats that lived in the ancient Roman Empire.
This breed participated in shows in Great Britain since the 19th century, but in the United States they were only allowed to compete in 1964.

They almost went extinct after the first and second world wars. Therefore, to try to recover the breed, it was necessary to cross the British shorthair cat with the Persian cat. From this cross it was possible to intensify its robustness, height and eye color, as well as the gene for long hair.

British Longhair cats were not officially recognized in the UK at the time, although other cat associations were. In 2009 it was recognized by The International Cat Association, a year later by the World Cat Federation, and only in 2017 by FIFe. 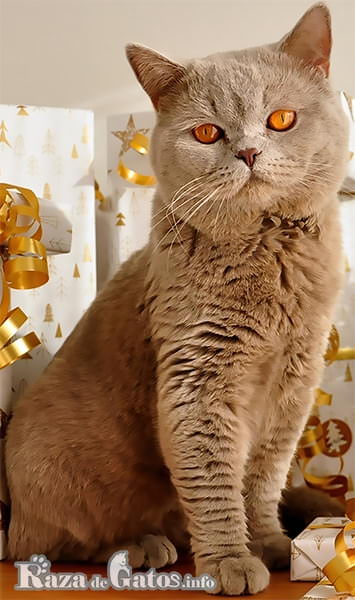 It is medium to large in size, with a broad chest and shoulders. It is characterized by its particular flattened face and its large copper eyes. Depending on the length of its coat, it can be dense, thick and silky (short hair) or smooth, dense and soft (long hair).

It is a sweet, playful cat that will enjoy caressing and playing with its owner. He has a calm and docile character. It is not a very curious breed, so it will not get into trouble.

He enjoys green spaces a lot, so it would be important to have a garden, or allocate time for him to enjoy a park or square. In this way we will be able to tone his muscles and we will help him develop his predatory instinct.

The British is a cat that adapts to family life, likes to play with the little ones in the house and gets along well with dogs and other cats. He is very dependent on his owners and will chase them everywhere.

It is a breed that tends to be overweight, so interactive play is necessary to keep it in good shape.

He has no problem spending hours alone in the house and likes to spend time sleeping in the sun.

It is generally a healthy breed. But in the case of the British longhair, it can develop Trichobezoars, that is, hairballs in the digestive system.

It is a cat with a high appetite, so it is necessary for it to have a varied and balanced diet to prevent it from becoming overweight.

In the case of the short-haired version, it only needs a weekly brushing. In the molting season it is necessary to increase brushing to remove dead hair.

While the British longhair requires daily grooming, to avoid knots or obstruction in the digestive tract by hairballs, which are generated by their own grooming.

By having a considerable volume and density of hair, it makes it more prone to fleas, which will be eliminated with a product recommended by the veterinarian.

♦ Curiosities of the British:

The British cat was originally called "blue British cat", because the original specimen was of that color, but later more varieties of colors appeared, such as cream, cream blue, etc., for which its name was changed to the one we know nowadays.