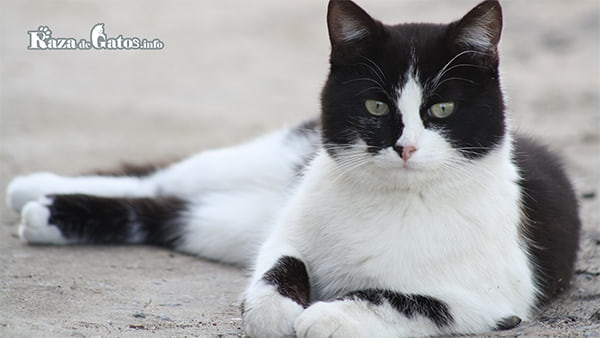 Black and white cats are beautiful. The ancient Egyptians revered and worshiped them over 3,000 years ago. Currently we find many cartoons with these colors such as Felix the cat, Sylvester (the wild cat) and Dodsworth from Looney Tunes, among others.

But the black and white combination are not exclusive colors of a race. But in many breeds of cats we can find this coat color. Which are distributed in each cat differently, giving rise to various fur patterns.

What is the cause of black and white fur in cats?

The reason why cats develop this coat color is due to a gene, which causes the black cat to have white spots on its body. The gene we are mentioning is related to the dominant "S alleles", which determine the development of white spots in the cat. But their dominance is incomplete, so the spots will take on different patterns. This is due to whether the SS alleles are formed by the union of sex cells with the same genetic information (homozygous) or not SS (heterozygous). 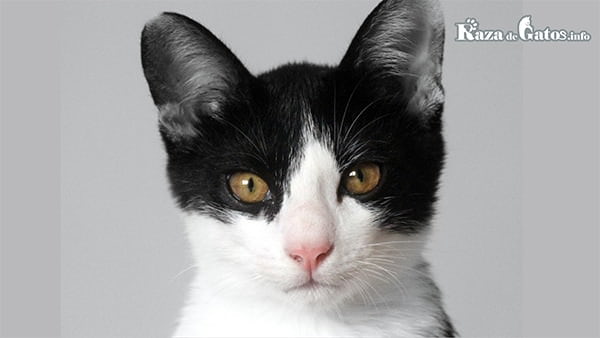 When their gene is dominant SS, they have more White fur, mostly in strips; but when SS is recessive, the opposite happens, they have less white fur, but more spots than others.

On the other hand, males have only one gene, this causes them to have more black fur, like the tuxedo pattern; while females have two genes and tend to have more white fur and more spots, for example, cow patterns.

Types of bicolor patterns in Black and White Cats

As we mentioned before, there are color variations that classify bicolor (black and white) cats in different patterns that make them different. 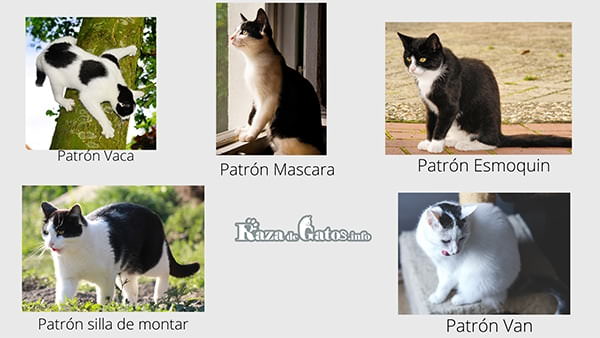 In them we find the following patterns:

They have a kind of permanent mask on their face, which makes them look mysterious. The back and tail is black and the rest of the body is usually white.

It is black from the neck, all the way up to the hip, and it bears that name because it simulates having a mount on its body. Its legs and paws are white.

It is the most common of all the patterns we mentioned, it seems to have a formal suit on its body. That is, it has dense black fur, but on its chest it has white.

It has spots around its body, which are spread out like dairy cows.

The black color is limited to two areas of the body, they are not scattered like the other types. They are generally found on the head, between the ears and the tail in its entirety. There are many variants of the Van pattern, for example, the patches are on tail and legs, or head and legs.

The beautiful story tells the following: Buigh was a black cat with big yellow eyes, who had an owner she loved and who took her everywhere with him, they walked together. He shared her food with her, slept next to her and even talked to the kitten. They were always close and his cat adored him.

But everything changed when its owner went to sea. Since he did not want anything to happen to the cat on the high seas, he preferred to leave her in the care of his mother. She locked her in the barn so she wouldn't follow her son to the port.

Buigh meowed for weeks waiting for his master, until one morning a neighbor brought bad news to his owner's mother, there was a strong storm and a wave swallowed her son. Upon hearing this, Buigh, frightened, fled from the house and ran to the beach. Since his owner was not there, he began to walk along the coast looking for him. This is how a long time passed, the cat was thin, tired and not wanting to continue. When he arrived at Kirkwall in the north of the country, he leaned out of the cliff and said to the ocean: "Take me with him to the bottom of your abyss, I give you my immortal soul because without him there is no place for me in this world." 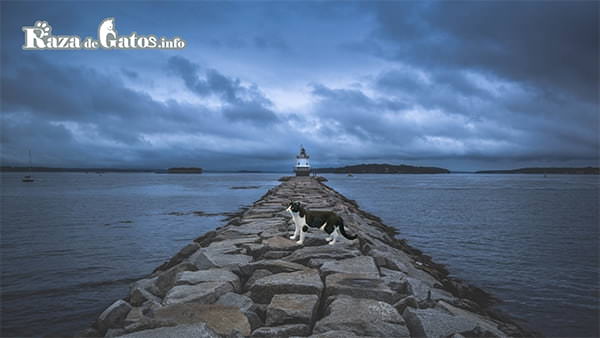 A giant wave appeared taking the cat with it, who closed her eyes and let herself be dragged by the ocean.

She woke up in the arms of a man who lovingly dried her, she opened her eyes and looked at him, that man was her owner, who upon seeing her recovered the memory she lost after that accident at sea. The man recognized her by her huge yellow eyes, but he noticed that her fur was different.

He heard a deep voice from the ocean that told him, "He offered me his soul in exchange for returning with you, but I cannot deprive the world of such a noble soul, in exchange he will carry my memory, the foam of the sea and a gift in his mantle." that I grant to her and her descendants, they will bring harmony and joy to every home they inhabit.

Since then there have been black and white cats, carrying the legacy of Buigh and the gift of bringing harmony and joy to those who share their lives.