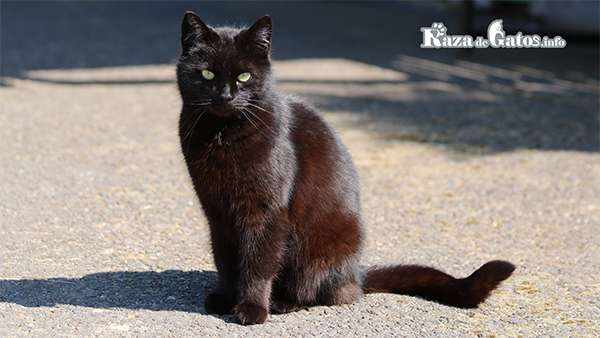 Black cats, like all cats, are very cute, affectionate, and loyal. In many cultures, coming across a black cat brings good luck and in others the opposite. Throughout history black cats have been adored as well as feared.

Today, many people still consider them bad luck. Although it should be clarified that it was the human being who created the false belief that they bring bad luck. Due to this myth, many black kittens are the last to be adopted and receive the contempt of some people.

In many countries there is a day dedicated especially to these cats, to fight against discrimination. In Argentina it is on October 27, in the United Kingdom and Italy the day of the black cat is on February 17. While, in the United States, Spain and many Latin American countries it is February 20. 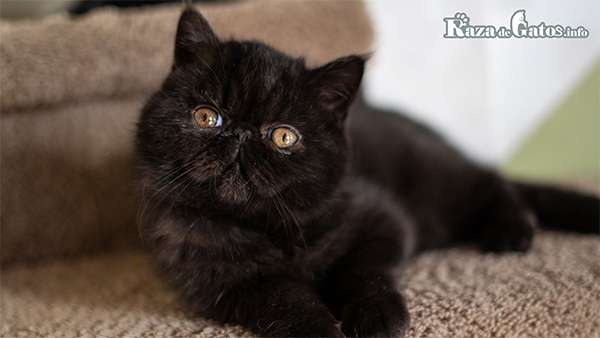 Characteristics of the black cat:

The fur of these cats is black, but some often have dark brown or reddish-brown areas of the body. This can be seen when a black cat receives the sun's rays. On the other hand, they generally have yellow or amber eyes, due to the high concentration of melanin pigment they possess.

Legend of the black cats:

There is a very beautiful legend that explains the origin of the black cat. Legend has it that, in distant times, there were two young people in love, but that they inhabited two feuding kingdoms generations ago. His parents did not approve of this relationship, so they were locked in their castles without being able to see each other.

just a beautiful white cat like snow, it traveled through the territories without attracting the attention of the surveillance of the kingdoms.

One day, the young lover named Carina had an idea: she wrote on the back of the white cat a love message for her young lover Amadeus; who responded quickly, drawing with beautiful calligraphy on the same cat another message.

Little by little, the cat accumulated so many lines of ink on her body that she became an imposing black cat loaded with messages of love and peace.

One day her belly swelled and she gave birth to six beautiful kittens black as night. Six puppies were the fruit of love, peace and courage.

The black cat in Egyptian culture:

One of the cultures that most adored cats was the Egyptian. They had a goddess, called Bastet or Bast, who was represented as a beautiful black cat or as a woman with a cat's head. She represented the sun's rays, harmony and happiness. She was a domestic protector, guardian of pregnant women and warded off evil spirits. 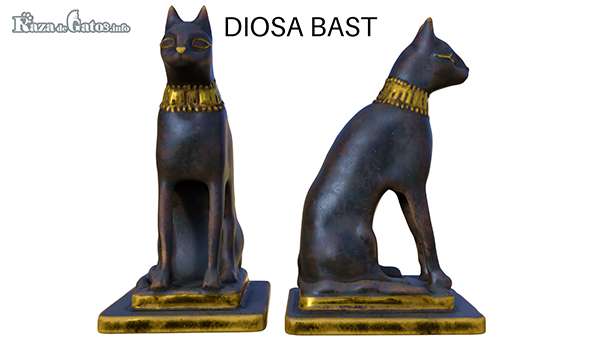 So much was the respect they had for cats, that they mummified them like the pharaohs. The death of a cat by man was considered a crime and punishable by death.

Cats for the Egyptians embodied good and order, and their bright eyes represented the prevalence of sunlight, even in the dark of night.

The black cat in medieval times:

In Europe, throughout the Middle Ages, the black cat was considered a devil worshipper. This thought was based on the following reasons: they had snake eyes, a greater nocturnal life, they were not obedient or submissive like dogs, they yelled during their fights (they saw them as possessed by demons), and they had lustful and scandalous sexual behavior.

Pope Gregory the ninth ruled in the year 1233 that the devil was a black cat and therefore cats and the sects that worshiped them in their rituals should be persecuted.

Later, Pope Innocent the Eighth, published a decree in 1484 (the time of the insubordination) ordered the alleged witches to be burned at the stake, accompanied by their cats. The ignorance of these years ended the lives of 200,000 people, and hundreds of thousands of black cats.

As we mentioned, it is said that it was Pope Gregory IX who ordered the murder of all black cats, except for those with a white streak in their fur. Said tuft is generally located under the neck and is sometimes accompanied by another tuft, also small, between the hind legs. 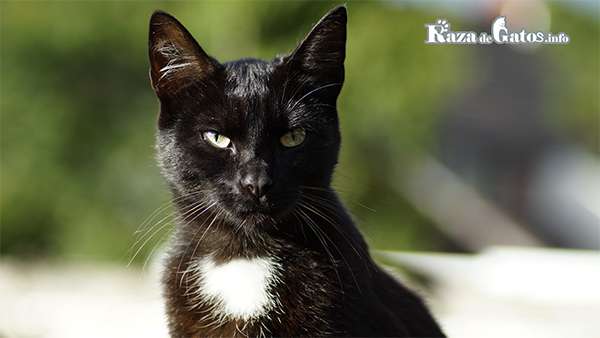 At that time it was considered that this lock was a sign of the finger of God, who had touched them to expel the evil spirits that could inhabit it, thus being blessed. The place where God had touched the cat had been dyed white and that was proof that this animal was free from any evil possession.

Thanks to this legend, many black cats managed to save themselves at the time of the inquisition.

In some countries, black cats were once considered bad luck. This is the case of the United States, Spain and Italy, due to the strong influence that remained from the time of the inquisition.

Also in China they have a negative connotation, it is believed that black cats are harbingers of famine and poverty.

But in other countries, such as Scotland, it is considered that if a black cat visits your home you will have prosperity. Like Latvian farmers who believe that finding black kittens in the silo augurs good harvests, this stems from the ancient belief that black cats represented the spirit of Rungis (god of crops). 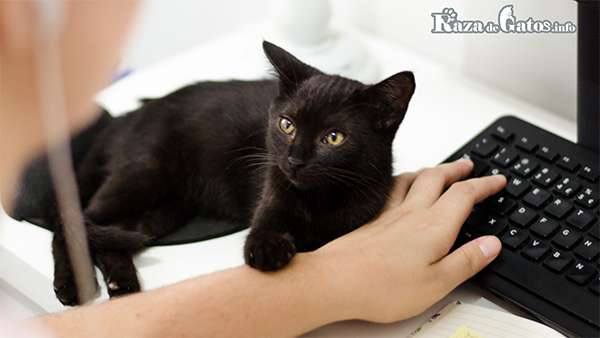 In Japan they symbolize good luck, as in England, where sailors kept black cats in their homes and on ships, to encourage sailors to return safe and sound from their voyages on the high seas.

In Germany, if a black cat crosses your path from right to left, it will bring bad luck. Instead, they believe that crossing a cat from left to right will bring them good fortune.

Black cats do not bring bad luck, they are beautiful, affectionate and loyal. So, if they don't care about our flaws and love us just the same...? Why would their coat color keep us from loving them and missing out on meeting a great mate?

It does not matter if it is of breed or not, nor does it matter the color of its coat, each cat is unique and they will always give us their love.